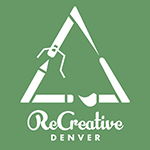 This first Tilt West roundtable of 2020 takes place at the Vicki Myhren Gallery at the University of Denver amidst an exhibition of Net Art, a practice that locates art along the ligatures, the connective tissues, that bind and unite any two nodes on a network. Net Art engages the in-between space(s), both actual and conceptual, that exist within the vast, interconnected universe of trans-national telecommunications. Computer art, and Net Art in particular, relies on language for its existence and efficacy (upon a virtual stack of programming languages as its substrate—its canvas, if you will), but while the internet made Net Art de facto global, it did not make it polyglot. For many, participation requires translation.

Despite the worldwide scope of the internet and computing, computer languages privilege English, forcing non-native speakers to adapt to a regime of Anglo-centricity in order to participate—to be seen and heard. Artists raised in non-English speaking cultures translate themselves, often using International Art English, to make themselves legible to wider audiences, even as their work strikes chords appreciable to all humanity.

The most powerful and beautiful works of Net Art also engage the confluence of poetry and conceptual art. The former aestheticizes language itself; the latter employs language, often poetically, to generate, invoke, or provoke ideas as an art form.

This roundtable conversation considers the following questions, among others:

McCulloch, Gretchen, “Coding is for everyone — as long as you speak English,” Wired. April 8, 2019. https://www.wired.com/story/coding-is-for-everyoneas-long-as-you-speak-english/

Rafael Fajardo is an Associate Professor in the Emergent Digital Practices department at the University of Denver. He has been exploring the expressive potential of the medium of videogames through his creative work, his research, and his teaching since 2000. He is the founder of SWEAT, a loose collaborative that pioneered the creation of socially conscious videogames. Rafael’s game projects have been featured at the International Film Festival of Rotterdam, the Australian Centre for the Moving Image, Caixa Forum in Barcelona and various other museums and festivals. Fajardo has been engaging in collaborative interdisciplinary research in the field of games and education, concentrating on learning through game-making. His projects have been funded by the National Science Foundation, the National Endowment for the Humanities, and by the Colorado Council on the Arts, in excess of one million dollars. Rafael and his collaborators have conducted lectures and workshops at OCAD, Parsons, ACM SIGGRAPH, ACM SIGCSE, ISTE, and the Games for Change Festival. I.D. Magazine named Fajardo among the top fifty designers in the country in 2004. Fajardo has served on the board of AIGA Colorado, and was one of the founders of the AIGA Center for Cross Cultural Design. He has served on the Board of Advisors of the International Digital Media and Arts Association and of Games for Change. Rafael’s research focuses on design methods, design education, design pedagogy, ludology, meaningful play, and semiotics. His course areas include historical design methods, typography and book design, and emerging design methods, participatory and collaborative design, game design, and the emerging theoretical area of critical game studies. Fajardo received an MFA in Graphic Design from the Rhode Island School of Design in 1993, a BFA and a BA in Studio Art with a concentration in Design from the University of Texas at Austin.